Andrew Das on a “Newer Perspective” on Paul (an interview) 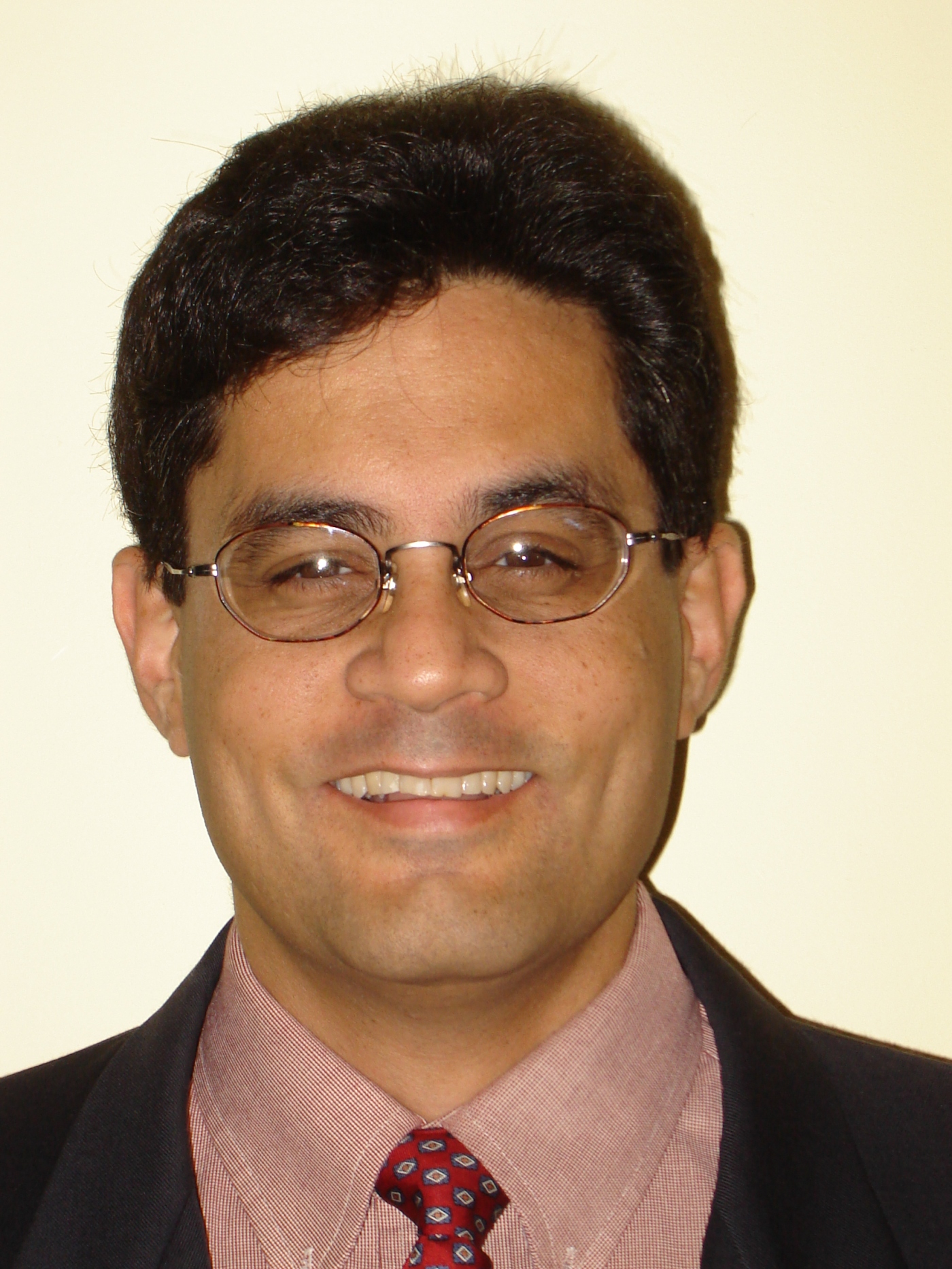 I had the great honor of conducting an interview with greatly-respected Pauline expert Dr. Anrew Das of Elmhurst College (see here for his new web-page). For anyone even remotely interested in the New Perspective debate, Dr. Das offers insightful answers to a few of my questions which are in bold (NPP=New Perspective on Paul.)

In academic circles you are well established as a critic of the New Perspective. Are there any aspects of the NPP that you embrace and/or appreciate?

Andrew: When we talk about the NPP, we really have to distinguish between E. P. Sanders’ “new perspective on Judaism,” and James D. G. Dunn’s (and others’) “new perspective on Paul.” Sanders demonstrated that Second Temple Judaism was not, on the whole, a religion of works righteousness. Most critics of the NPP are not willing to grant that. Recently, John M. G. Barclay’s Paul and the Gift sorted through the varieties of grace in Second Temple Judaism. Barclay’s work is an advancement over vol. 1 of D. A. Carson et al’s Justification and Variegated Nomism that demonstrated different Jewish “takes” on grace.

In some sectors of Second Temple Judaism one does indeed find the legalistic perspective that one must earn one’s way to heaven by a strict obedience of the Law. This was the point I made in the second chapter of my Paul, the Law, and the Covenant (Hendrickson, 2001). At a distance from Palestine or in the wake of the destruction of the Second Temple, some Jews might adopt a view that one must obey God’s Law perfectly for a place in the world to come. The first chapter of that book demonstrated that Jews held in tension rigorous, perfect obedience with God’s grace in the very Jewish documents that Sanders himself analyzed. One cannot then begin with Paul opposing Jewish legalism in his day, as had been the case in the “old” perspective. I don’t see a single Pauline text that requires that view of Second Temple Judaism. In that sense, I am in agreement with a nuanced version of the new perspective on Second Temple Judaism—and yet there is a robust tension between the strict requirement of the Law’s demand and the provision of grace and mercy in the face of failure.

It is a different matter for me when we look at James D. G. Dunn’s original proposal. Initially, he worded his point of view that by “works of the Law” Paul means the boundary-marking aspects that distinguish Jew from gentile, i.e., circumcision, Sabbath, and food laws. He later modified his formulation to account for his critics: the “works of the Law” refer to all that the Law requires, but primarily those aspects of the Law that distinguish one community from another. I do think that his view shifts the center of gravity in Paul’s teaching about the Law from a works-grace opposition, as traditionalists held, to a focus, instead, on the Law’s ethnic boundary markers for God’s people. My problem with this is that I can find no document that limits the “works of the Law” to boundary markers and that does not include other aspects of the Law, such as its moral strictures. I see this in the Qumran document 4QMMT, one of Dunn’s favorite texts, but also in Paul, e.g., Galatians 3:10 with its omitted premise that can be taken for granted. Nothing in this verse points to boundary markers. Of course, Paul assumes, no one perfectly obeys all that is in the Book of the Law. I advanced the interpretation of Galatians 3:10 in a volume published by the Society of Biblical Literature in 2012: “Galatians 3:10: A ‘Newer Perspective’ on an Omitted Premise” in Unity and Diversity in the Gospels and Paul, edited by Christopher W. Skinner and Kelly R. Iverson (pages 203-23).

I also revisited Romans 4:4-5 as another passage that resists the “new perspective on Paul.” These verses really do contrast the works due their wages and the free gift of God’s grace. Such passages simply will not conform to the new perspective reading. See my “Paul and Works of Obedience in Second Temple Judaism: Romans 4:4-5 as a ‘New Perspective’ Case Study, Catholic Biblical Quarterly 71 (2009): 795-812. This article documents the contortions of new perspective advocates to try to fit Romans 4:4-5 into their interpretive schemes.

Concerning the ‘Newer Perspective’ that you advocate for, how does it differ from both the Old and New Perspective?

Andrew: Since I believe that Sanders is basically right about his overall view of Second Temple Judaism, that aspect of the “new perspective” needs to be taken seriously. At the same time, stubborn texts resist the “new perspective on Paul.” In Paul, the Law, and the Covenant I advocated a “newer perspective” on Paul and the Law, one that accounts for the strengths of both readings. The key is in an element that Dunn used to highlight regularly in his writings from the 80s and early 90s. Others followed him on this point: no Jew would have had an issue with perfect obedience of the Law because God chose the Jewish people as his own (election), he made a covenant with them (covenant), and he provided animal sacrifices at the Temple to atone for their failures (sacrifice). Chapters 3-5 in Paul, the Law, and the Covenant addressed each of these means of grace, if you will, in Second Temple Judaism. Paul has reconceptualized them in relation to Christ’s saving work. In other words, animal sacrifice is no longer necessary. Christ is the Paschal Lamb or the mercy seat on Atonement Day. Animal sacrifices are dispensed with. God’s election is enjoyed in Christ and not on the basis of Jewish identity apart from Christ. Then in my most recent book, Paul and the Stories of Israel (Fortress, 2016), I offer an extended further critique of Paul as not being a particularly covenantal thinker, at least in terms of the “old” covenant of Judaism. All that avails is a “new” covenant in Jesus Christ, the fulfillment of the prophets. So, yes, there is indeed a problem with obeying Moses’s Law. There is simply no viable locus for God’s mercy and grace apart from Christ. That sunders the Law from its gracious framework with Judaism (drawing on Sanders’ way of conceptualizing it). Obeying God’s Law is indeed a problem and is impossible apart from Christ.

What is your sentiment when it comes to the strong/harsh reaction some Christian leaders espouse towards the New Perspective? Do you agree or disagree with those who maintain that it is a heretical position to hold?

Andrew: It is valuable to delve into Sanders’s Paul and Palestinian Judaism or John Barclay’s Paul and the Gift for an introduction to the literature of Paul’s Jewish peers and to dispense with the view that Judaism was a legalistic worldview with busy Jews trying to earn their way into heaven on the scales of God’s judgment. We need to read the Jewish sources on their own terms. It is also true, as Dunn, Wright, and others have pointed out, that there is an intensely ethnic dimension to Paul’s reasoning. At my conservative Lutheran seminary years ago, the course concluded with Romans 8 and completely ignored the place of Israel in Romans 9-11. The course also passed over “to the Jew first and the Greek” language in the early chapters of Romans. As Dunn likes to stress, Galatians does indeed posit a central situation where Peter was withdrawing from a table with gentiles. Dunn and others are right to say that one can’t overlook the importance of these passages. Paul is arguing for the inclusion of the gentiles into God’s saving plan in Christ. Nevertheless, we have to recognize where the older, traditional interpretations still have the better of it, as in Galatians 3:10 or Romans 4:4-5. The “new perspective,” contrary to Dunn’s intention, can deprioritize works-grace dynamics that many saw as central to Paul’s thinking prior to the “new perspective.”

My “newer perspective” recognizes that this is really a matter of “both-and,” and we have to keep the horse before the cart. It is because God saves through Jesus and not through Moses’s Law and its impossible demand that it is not necessary for gentiles to obey God’s Law to enjoy God’s favor. As a consequence, the boundary marking features are not necessary for them.

What, if anything, is at stake in this debate? What weight does this bear on Christian living?

Andrew: Dunn has rightly stressed (with others) that Paul uses nomos for the Mosaic Law through Galatians and Romans. When we recognize that, Paul offers a positive view of the Mosaic Law in Romans 8:2 and 13:8-10 and in Galatians 5:13-14 and 6:2. Again, see my Galatians commentary (Concordia, 2014) for discussion of the Galatians passages. As for the Romans texts, I sketched out a positive view of the Law in Paul and the Jews (Hendrickson, 2003). The upshot is that Christ has taken hold of the Law. It still functions as a norm for Christian behavior. Thus Paul can quote the Law when he is admonishing Christians in 1 Corinthians, but Paul has deprioritized it and subordinated it to our life in Christ and His Spirit. As I argued in the Galatians commentary, those in Christ do not set out any longer to do the Law. They nevertheless fulfill its requirements by their Christ-like, Spirit-led behavior.

While many react strongly against it, there are more and more churches that seem to embrace some aspects of the NPP. Why do you think aspects of the New Perspective are gaining so much traction in some circles?

Andrew: As churches and people embrace the NPP, some of this, I think, is because it has been around so long and many leading New Testament scholars have embraced some form of it. It has filtered down from the academy over the years. The danger is when people adopt a view just because it is different or “new.” They are better served to try to work through some of the arguments involved. I tried to provide a road map on “Paul and the Law” in an essay in Mark D. Given’s Paul Unbound (Hendrickson, 2009) This is a good introductory essay for those who want to try to understand where the key “pressure points” are in the debate and for some of the back and forth. Stephen Westerholm’s Perspectives Old and New on Paul (Eerdmans 2004) remains a nice survey of the different positions from a more traditional perspective. Magnus Zetterholm’s Approaches to Paul (Fortress, 2009) takes things beyond the old-new divide to more recent, potentially radical readings of Paul. It helps to get varying perspectives as one works through the argumentation.

Professor and Assistant Dean of the Faculty for Assessment and Accreditation at Elmhurst College (Department of Religious Studies), Dr. Andrew Das has been listed among the twenty-five leading Pauline theorists in the last century in Perspectives Old and New on Paul. The author of Solving the Romans Debate (Fortress, 2007), Galatians (Concordia Academic, 2014), and co-editor of (and contributor to) The Forgotten God: Perspectives in Biblical Theology, Dr. Das is currently researching the key women and their leadership in Paul’s letters.