“The Most Misused Stories In The Bible” (book review) 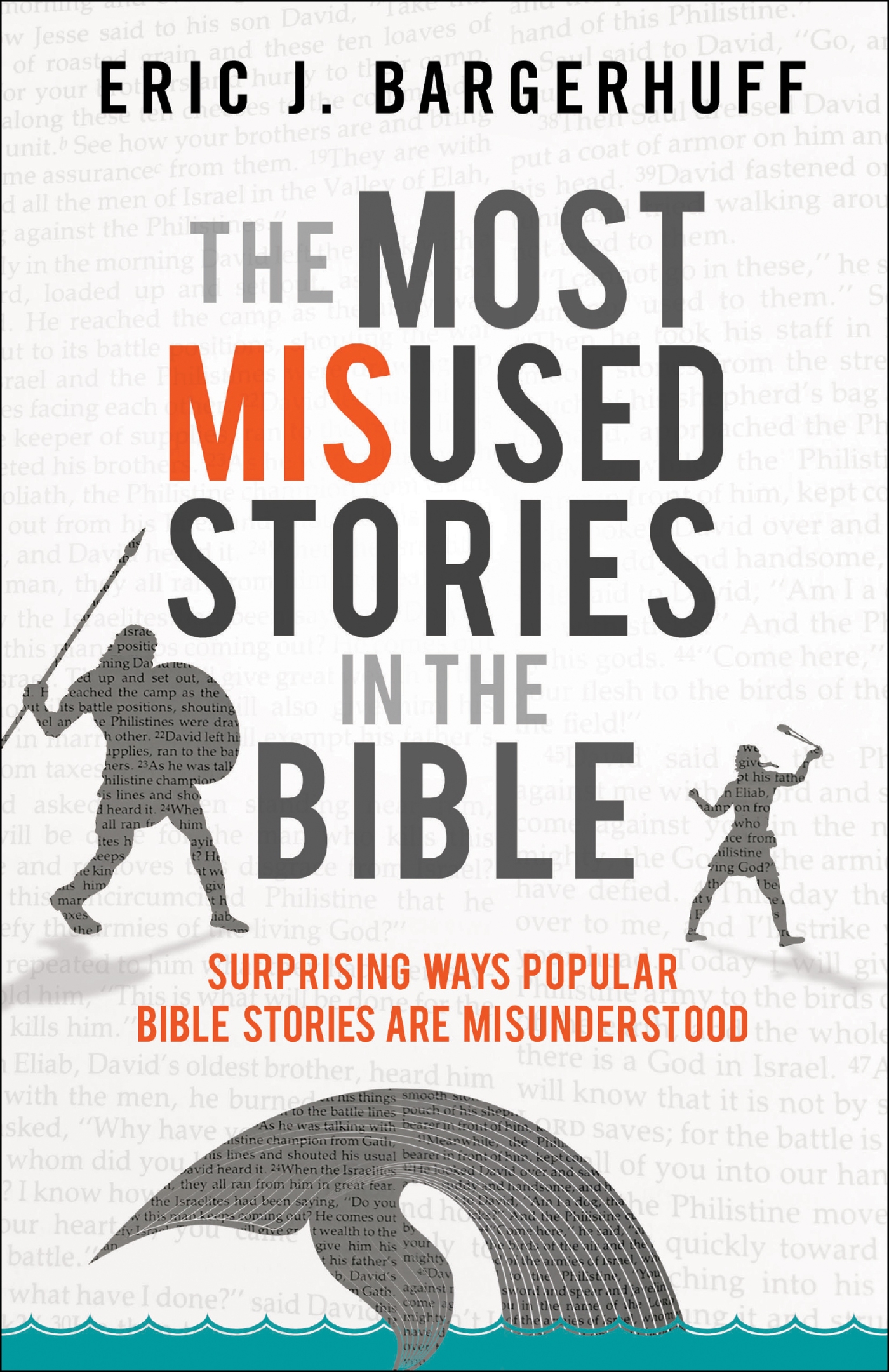 Eric J. Bargerhuff has provided a book that can easily fit on the shelves of pastors and clergy alike, a great strength of The Most Misused Stories In The Bible being the undertone of simplicity. It will also be appreciated by some that it’s not at all a lengthy read, with only 176 pages.

The format of this new release is to go through each of the following Bible stories while exposing strange or erroneous ways that they are tied into today (by some Christians):

David and Goliath
Jonah and the Big Fish
The Woman Caught in Adultery
Zacchaeus, the tax collector
Gideon and His Fleece
Judas, the Betrayer

In skimming through the Table of Contents my initial reaction was surprise at some of the stories the author chose to address. Bargerhuff addresses this, writing, “I realize some may want to argue that this or that story should not have been included over others. All of this, of course, is a subjective decision pertaining to one’s experience in life and in the church. By no means are these the most misused stories for everyone” (Introduction, p. 10). But he (Bargehuff) believes that “pointing out the common misuses and misunderstandings of these stories can lead to similar discoveries and application points to other Bible stories not covered” in Misused Stories (same p.)

Why I most appreciate this book is that it is a call for Christians to at least acknowledge that the the Bible says it, I believe it approach too many times falls flat: the Bible requires caution, even finesse, in it’s interpretation, rather than a rushed/frantic hermeneutic that doesn’t allow for actual studying.

He hits the hammer on the head when he writes, “We stand on the shoulders of church tradition and thousands of years of interpretation. It would be chronological snobbery to think that we are the only ones who have the best insights into the truth” (Introduction, p. 12). Though I know perfectly well that the history of interpretation of the Bible has never been infallible, it’s refreshing to read someone pointing out the sentiment of pride held by many Christians today in their “correct” interpretation of Scripture.

It would be chronological snobbery to think that we are the only ones
who have the best insights into the truth.

Though holding a PhD as well as being a professor, Bargerhuff  doesn’t come across as speaking in the foreign tongue of an academic; while it’s evident he knows his stuff, it’s equally evident that he lives in the real world, too. I commend him for maintaining such simplicity throughout, and would recommend this to anyone who is first learning the “walk” of exegesis. This new release reminds me of the tone of a book I recommend to laypeople left and right titled How To Read The Bible For All it’s Worth (a great primer on biblical interpretation), and thus I recommend Bargerhuff’s newest work which seems to capture the very spirit of this classic.

Baker Publishing 2017, Bethany House 2017, douglas stuart, Eric J. Bargerhuff 2017, Exegesis, Gordon Fee, hermeneutics, How to Read the Bible for All It's Worth, The Most Misused Stories in the Bible review