Reflections on ‘Paul & the Language of Faith’ (Part II) 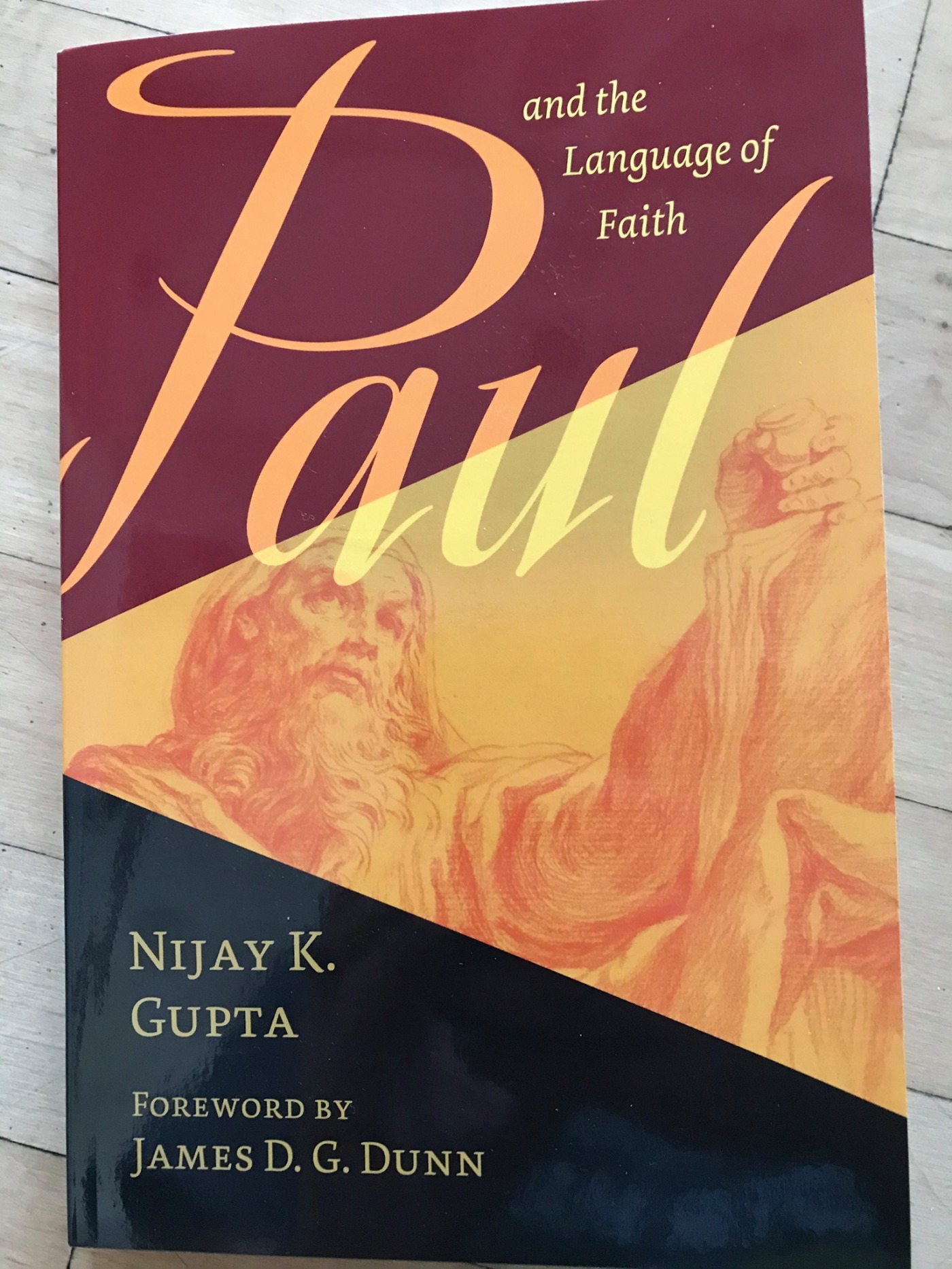 In Part I of this reflection, I focused more on the gist of Paul and the Language of Faith and the general disconnect between how “faith” is used in the Bible vs. how it is used in much of evangelicalism and some Protestant circles. Christians often associate faith with things such as believing the right doctrine, and this is not all wrong since the Bible does use the concept of faith in this way at times; yet this is certainly not the only way the Bible talks about faith. The Greek word pistis is quite layered, at times carrying the connotation of persistence or commitment (faith-fullness) or obedience or even endurance. While modern Christian concepts of faith can be one-note, the Bible’s description of faith is not, and that is what Nijay Gupta (an established New Testament/Pauline authority) relentlessly stresses in this new release.  Paul and the Language of Faith.

In a very helpful section, Gupta brings Martin Luther into the discussion. This is important since Luther is often appealed to when it comes to modern discussions of faith (especially faith and works) and justification by faith alone. Luther is often appealed to in order to support the notion of faith being passive (it’s God who acts and humans who are acted upon) and Gupta challenges not Luther but his many followers who may have misread/misunderstood Luther.

“…the Holy Spirit speaks of faith in different ways in the Sacred Scriptures.” Martin Luther

With ample quotes from Luther provided, Gupta showcases how to Luther, faith is not passive but always leads to action.

“It is not an easy matter to teach faith without works, and still require works.” Luther

While our assumption usually is that to Luther faith is “a codeword for nonwork(s)”, a closer look may reveal that Luther understood well how nuanced faith is in the Bible.

Some find that faith, from a biblical point of view, is always juxtaposed with reason. That is, faith is never really meant to make sense (think of the phrase “blind faith” which assumes an abandonment of logic). Gupta resists such a dichotomy, calling for a “return to the New Testament, and especially Paul, to see how a proper conception of Christian faith operates’ and to grasp a better understanding of the relationship between faith and reason (p. 2).

Once again, Gupta resists the view that faith is passive, something that is often taught in various pulpits sometimes regardless of the denomination. He also insists that faith is not a novel idea that occurs only in the New Testament. Rather it was there all along in the First Testament, and thus it would greatly benefit us to begin there in order to understand it (i.e., Old Testament background is vital to understanding the New Testament and what it says about belief).

What About the Reformers?

Once again it’s important to bring the Reformation into discussion, given how reformed (for better or for worse) our lens usually is when we approach Scripture. Gupta is very familiar with the Reformers and familiar also with the spirit of the Reformation which is all about valuing Scripture (rightly read) above any given interpretation or tradition. In a recent interview, Gupta had this to say: “If you read the Reformers, they were all about ad fontes, go back to the sources (i.e, the Bible). That is what I am advocating too.”

Is This Discussion Relevant?

The implications of this book are that Christians have generally misunderstood what the Bible says about faith, especially what the Apostle Paul had to say. To Gupta, modern Protestantism is missing out on the biblical vision of faith; a faith which has to do with belief in, trust in, and obedience to Christ. The biblical vision of faith and belief is vibrant, but many times our ways of thinking and talking about faith are domesticated and unrecognizable when compared to Scripture.

I agree with the author here, realizing more and more that a great chasm exists between how the New Testament writers talk and think about faith and how Western evangelicals tend to. Part of the issue is the messiness of translation in general: in Greek, pistis carries multiple connotations and is a layered word. Mainstream English Bible certainly don’t help in their “notoriously rigid…treatment of this noun and concept…In all but the rarest of occasions” (p. 177). An issue is that the English word ‘faith’ “has certain connotations in modern English that ought not to be read into Paul’s letters, especially faith as thoughtlessness or irrational, or faith as essentially nonactive” (p. 181). To many, faith is irrational (once again, think of the term “blind faith”), while to others, faith requires little-to-no human participation. Gupta points us back to the New Testament, back to its broader context (including the Old Testament), and back to a rich, robust, and fuller understanding of what it means to be people of faith. I appreciate Gupta’s gracious tone: he is not condescending or an unhelpful cynic who likes to poke holes in the church just for the sake of doing so, or to make a quick buck; we have enough books which fit that mold. Rather, Paul and the Language of Faith is written out of a heart which wants to see the church better reflect Christ and his vision for his people.