Our scope here is to rattle evangelical norms that threaten Biblical norms (as well as pretend we are smarter and more "spiritual" than we actually are). 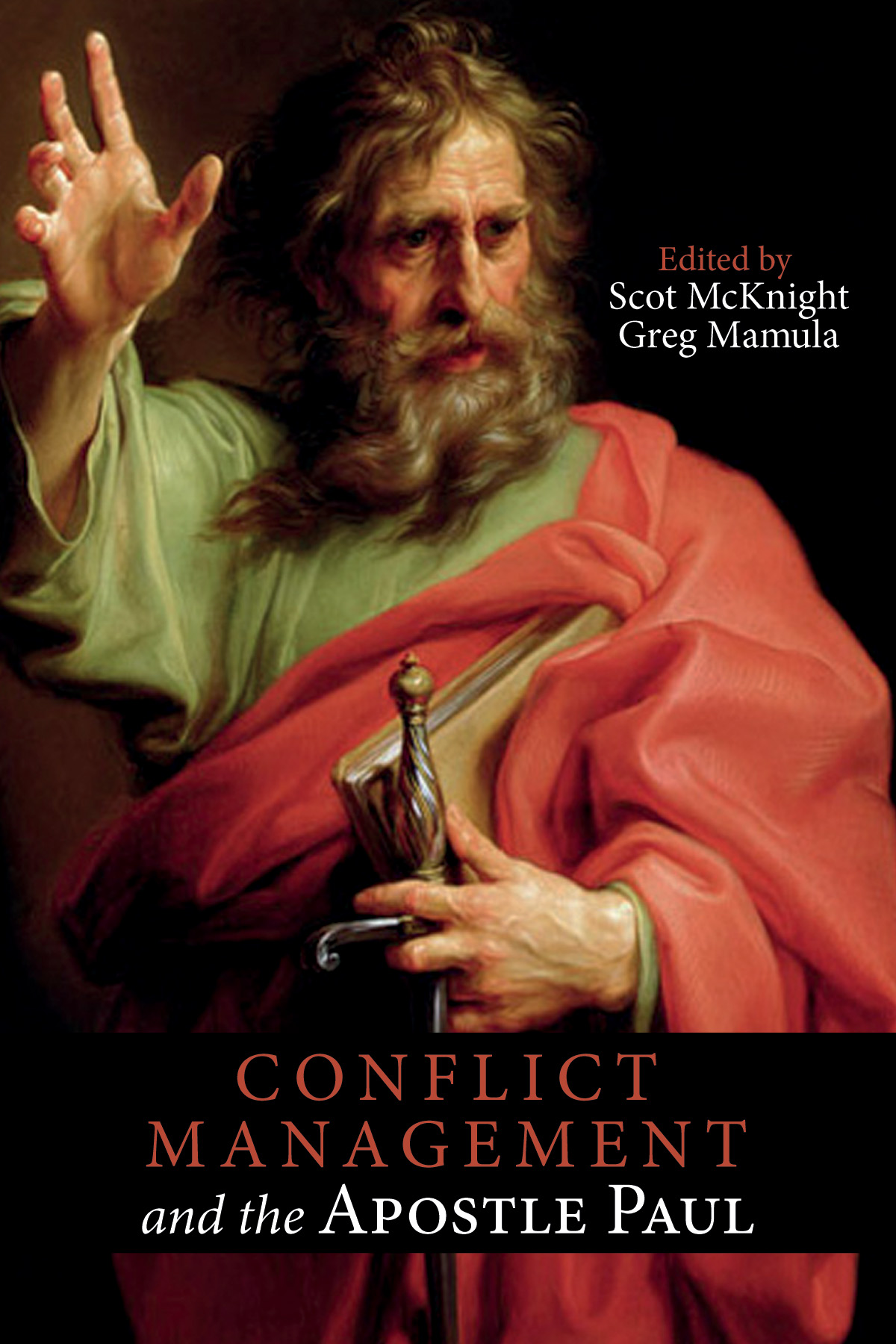 Edited by Scot McKnight and Greg Mamula, Conflict Management and the Apostle Paul undertakes the task of painting a clear picture of what Paul thinks about conflict and reconciliation. This collection of essays by various scholars aims to put flesh and bone on Paul when it comes to tension in relationships and how he approached conflict and reconciliation. For the sake of space, I will highlight just a few of the chapters that I most appreciated.

“Hello, Goodbye! Paul and Barnabas as a Model of Healthy Separation”

The first chapter (title above, by Lauren Visser and Chandler Vinson) deals with the separation of Paul and Barnanas (Acts 15:26-41). After trying to provide some context for the relationship of these two leaders, the authors delve into the various possibilities of what could have caused this separation. They don’t seem content with the usual “John Mark caused the division” explanation, counting it as over-simplistic, and perhaps even naïve.

Many look at Paul and Barnabas’ conflict and conclude that this is proof that sometimes reconciliation is impossible. That is, this text becomes an excuse for not even trying.

“The separation of Paul and Barnabas continues to be a mystery for many. On the one hand, some leaders run to this passage to excuse their unwillingness to even attempt to reconcile. On the other hand, this passage might be avoided since Paul’s letters are always calling bodies of believers to unite rather than to disband.”

This chapter brings out the fact that many times, pastors and leaders are prescribed easy fixes by other well-meaning Christians; “don’t cause division,” or “keep the peace,” or “just reconcile.” Over and against this, the authors suggest that “Sometimes,…the best way to manage conflict is to walk away from it” (p. 2). They make it clear that this does not mean that separation should be a first resort when the heat gets turned up but always a last resort.
I appreciate that the chapter brings to life the relationship prior to their separation that Paul had, something that might be overlooked by some. They are the first-recorded  “missionary team” in Acts, similar to the pioneer missionaries Lewis and Clark.

Chapter Two (by Amanda Hecht and Shawn O’Brien) looks at Paul as master-mediator in his letter to Philemon. This essay brings to life slave-life around the time of Paul. I confess that when I think of Paul and conflict management, I don’t automatically think of Philemon, and yet this letter is just that: a letter responding to a deep conflict between a now-Christian slave and Christian master. Paul in this letter makes clear that they are to think of the other as “brother,” a truly radical idea at the time given their opposing social statuses, one of honor and one of shame.

As mentioned, this chapter puts context around slavery in the world of the New Testament, and doesn’t hold back.

“Honor and shame were the key pegs on which first century individuals hung their hats.” P. 25

“However, slaves existed outside of the honor/shame dynamic that characterized the interactions” and lives of the free people. While “People with honor protected their honor by defending themselves from any kind of affront, physical or symbolic,” slaves did not have this luxury as they were “routinely subjected to both insults and physical punishment and even random abuse from which they were not allowed to protect themselves and were expected to endure.” P. 25

The authors note that “The best evidence that we have indicates that the earliest Christians did not see owning slaves as incompatible with their Christians faith.” P. 25
They note that what Paul is doing in Philemon is strategically and cautiously attempting to preserve a relationship that otherwise may go to the wayside, the relationship of a believing slave with his believing master. Paul is cautious in his approach because slavery is seen as part of the fabric of Rome, not because he is caving to culture.

This chapter is invaluable in its describing slave/master (or even slave/free) dynamics, and bringing to life slavery in the time of the New Testament.

Chapter four (by Doug McPherson and Ben Tertin) brings Christians freedom into the discussion, focusing on 1 Corinthians 8-11 and Romans 14-15. The authors note that what Paul has in mind with the concept of freedom is worlds away from what we modern people tend to associate with this word.

A tension clearly arises in the letters of Paul between Christian freedom and the fact that Christians are called in service to other believers. While Christians certainly have rights, it is un-Christian to hold onto them tightly. In 1 Corinthians and Romans, Paul does not allow for a “freedom” that consists of Christians shattering other Christians’ faiths all in the name of personal freedom. This has great implications  for our friendships and relationships, calling for the good of our brother or sister before our desire for comfort.

Who is this Book For?

Overall, what stands out here is attention to detail as well as a commitment to not oversimplify Paul. Anyone interested in the apostle Paul, especially those intent on studying his surviving letters a bit more rigorously, should pick up a copy. This will especially prove helpful for those involved in ministry at any level.  To me, Conflict Management and the Apostle Paul proves to be a superb resource for pastor and student alike.

*I received an electronic copy in exchange for an honest review.

I am a music enthusiast as well as an avid song-writer. I am also a comic enthusiast and enjoy creating graphic novels in my spare time. I am a follower of Jesus and on the side I love delving into books on theology and church history. I am married to the absolute love of my life and am a father of one. I am currently studying theology at Portland Seminary of George Fox, where I am working towards my MDiv. And lastly, I suffer from 'Netflix syndrome.'