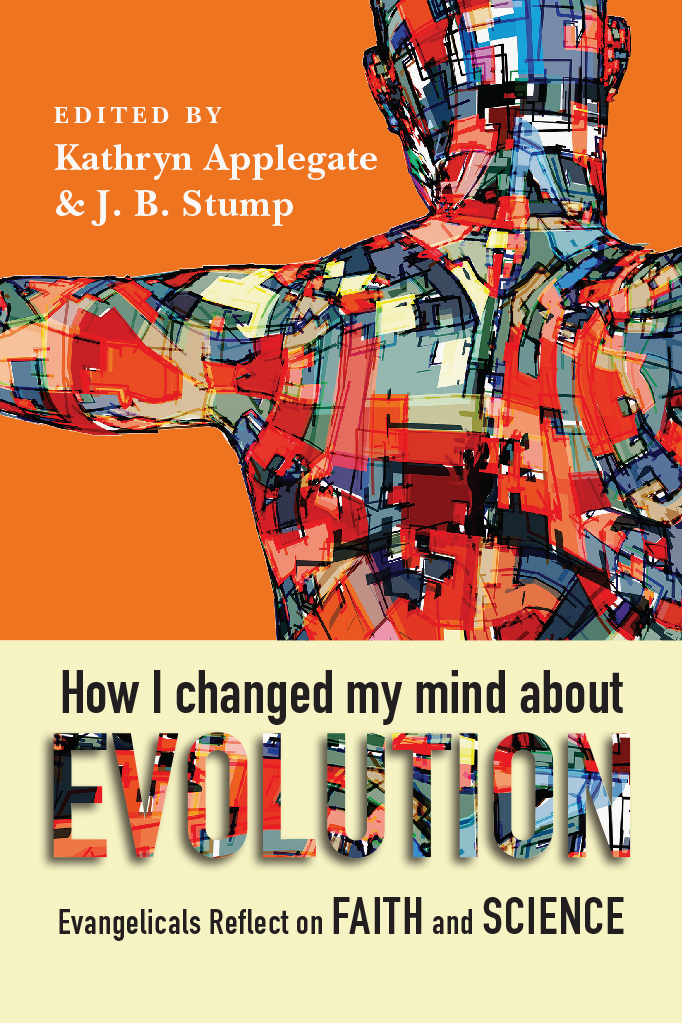 With contributions by pastors, scholars, philosophers, and scientists alike, How I Changed My Mind about Evolution (IVP Academic, 2016) revoked a certain memory from my early elementary days. I recall a bus ride in which me and another second-grader debated evolution, I of course arguing against it. In truth I had no real argument but I simply regurgitated a phrase I had heard that I assumed was witty: I said with pride, “you may have come from monkeys, but I didn’t!” In this (sad) conversation, it was simply a given that evolution and theism are polar opposites, something that the book at hand does not buy into this. Here are some reasons why I recommend How I Changed My Mind About Evolution to any Christian whether pro, anti, or on the fence about evolution.

I was fairly surprised at the extreme readability, being that so many of the contributors happen to be academics. But don’t let the fact that the publisher is IVP Academic mislead you as I got through the 194 pages in no time at all.

Each chapter consists of a very brief and simple essay by a different contributor. Though I would have thought that bunching different authors together would result in an non-cohesive and messy work, it really worked well in this case, which leads me to my next point…

There is also diversity in the fact that some of the contributors are scholars (Scot McKnight, N. T. Wright), some are philosophers (James K. A. Smith), some are pastors (John Ortberg, Laura Truax), and some are scientists (Francis Collins, Deborah Haarsma). Such diversity is rare to be found all in one book.

The contributors are a part of different denominations as well, utilize different ways of writing, and have different experiences, which all works together to make this book a simple and fast-paced read.

It doesn’t bash those who haven’t bought in to evolution. I have read my fair share of books on the other side of this issue that do just that. I’ve also been around Christians who carry with them the sentiment of those poor petty creationists: they’ll grow up one day. And yet this is not a Gospel issue. Therefore I appreciate what seems to be genuine humility from the contributors.

The essays recount very personal experiences of the various contributors as some began their Christian walk either anti-evolution, pro-evolution (but were told that faith and evolution incompatible), or not thinking about this dichotomy at all. This personal-ness of the book may be my favorite feature by far.

The book questions if we really have to think in terms of evolution or God. Do we really want to teach our children that it’s either/or and then send them off to college? A great many end up losing their faith because of this, a point made clear in some of the chapters. Do we really need to think that evolution and belief in a Creator are irreconcilable enemies? The book argues that we need not continue the polarization that both non-Christians and Christians contribute to.

Many essays utilized war or battle imagery, James K. A. Smith writing that “science need not just be an apologetic weapon” (p. 25, bold mine) while Christian scientist Francis Collins chimes in that “It is time to call a truce in the escalating war between science [and faith]” (p. 74, bold mine).

NT Wright touches on the Scopes Trial and the “massive impact” it had in America which led to a great “polarization that has not affected the rest of the world in the same way” (p. 134). He notes that England never had a Scopes Trial.

Amos Yong, Pentecostal theologian, brings out the fact that the conclusion he has reached was not a knee-jerk reaction but a long and hard journey. He, and others, have searched and re-searched the options but Yong writes that “I have not found the few young-earth perspectives that respond to the scientific data convincing” (p. 16).

This book is very well-written, fast-paced, readable, simple, and is a book for non-reading folks. If you are at all intrigued by the conversation of evolution vs. creation, you should give this book a try.