The Issue of Gnosticism (part 1) 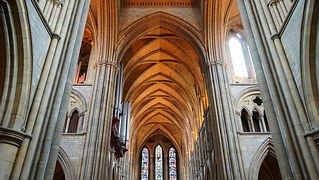 is a term referring to an ancient way of thought which deemphasizes the physical (the human body, the earthly) while placing high value on the non-physical (the “spiritual” dimension). It crept into some Christian circles in primitive church history in a variety of ways as some Christians gave way to the notion that Jesus wasn’t really a human, didn’t really suffer (just pretended to), that marriage was actually wrong (which Paul opposed in his letter to the Corinthians), and that sex was evil (which Paul also opposed in that same letter). What does this have to do with modern Christianity?

It’s the subtle lie which is the most dangerous and, as has been said before, the lie closest to the truth that is far more dangerous that the outright obvious lie. Gnosticism is so subtle in evangelicalism that many aren’t aware of its existence. Yet it’s evident that it is alive and well in Christianity by the way we view relationships, Christian responsibility, the earth, our bodies, and much more.

Subtle Gnosticism says that taking care of the earth is pointless; the earth after all will burn. It says that taking care of our bodies is unnecessary; we are after all on our way to heaven. It says “my relationship with God has to do solely with God above and not with people down below.” It’s so subtle that we miss it. It has been ingrained in our evangelical DNA for so long that no one notices it or the problems it poses for the body of Christ.

Gnosticism in how we view Christian responsibility?

Sometimes when Christians speak out against an issue, common pushback by fellow Christians  can be summed up by phrases like “don’t get involved,” “you’re being controversial,” or “just focus on the gospel.” In other words, focus on the spiritual, not the physical (or earthly) since the gospel will zap all of earth’s problems like a magic wand. Perhaps this is due to our desire to have quick-fixes. But when Paul was confronted with issues in various churches his response was not just to write the gospel (though write the gospel he did!) but to speak into those issues.

In response to the church of Corinth’s many complicated problems he did not simply write that “Jesus Christ was born of a virgin, is God-incarnate, died a slave’s death and was buried, etc.” Rather he wrote a large letter, its pages breathing with realism, not pie in the sky theology. He wasn’t so heavenly-minded so as to fail to (seriously) regard the events on earth. His head wasn’t in the clouds; he could handle being a man after God’s own heart while still being a realist.

Lest I be misunderstood, I wholeheartedly recognize that Paul presented the gospel in all the letters we have by him. But the gospel that Paul knew and preached encompassed all of life, it didn’t simply focus on the heavenly and spiritual. The gospel of Paul (the gospel of the New Testament itself) interacted with everyday life, its tragedies, triumphs, and mundanities.

*In the making: Gnosticism Continued

One thought on “The Issue of Gnosticism (part 1)”