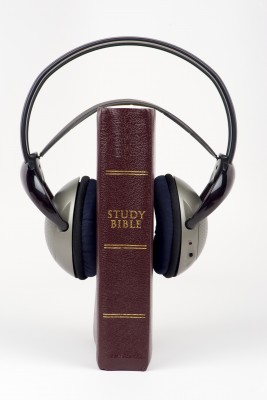 Christians in the West have succumbed to the notion that Christian culture should exist. As a result, in the stead of Netflix there is Pureflix; as a result of the surge of superheroes there is ‘Bible man’; and as a result of secular music stations there are Christian music stations. It is my experience that Pureflix  (or Christian movies in general), Bible man, and Christian radio all suffer equally from a lack of quality. Realizing that my view is subjective, I will say that such a dissatisfaction is on the rise; the notion that we should support all things (or art) Christian, even if quality is missing or questionable, is losing ground as Christians are calling more and more for excellence in Christian art and media.

I recall a local pastor stating in a sermon that he doesn’t listen to Christian music but quality music. (This was in a very conservative Bible church.) The next week he jokingly remarked on how filled his email was with offended Christians from his church who were defensive and alarmed that he would say such things. Those of us who relate with this pastor are not troubled that the Christian message is being spread (on the contrary the kingdom of God spreading is my heart’s desire-!); our concern lies in our conviction that quality is seriously lacking in mainstream Christian music.

I do from time to time attempt to listen to Christian radio and yet I always end up changing the station in horror, and I am not alone. This is not only evidenced by conversations with fellow Christians from various denominations and upbringings (fellow students, friends, family members) but even a simple search on the Internet will bring this dissatisfaction to light. Searching Google, I typed “Why is Christian” then pushed the space bar to see suggestions of popular searches; the first result was “Why is Christian music so bad?”

Every believer has a unique journey along with with unique struggles; one of the things that I wrestled with growing up was “Is it ok to listen to secular/quality music?” Such a conviction did not arise from the reading of Scripture but from having been surrounded by the notion that secular=sin(ful) especially in regards to secular music. As I grew older I stopped feeling so bad about listening to non-Christian music although I still avoided songs which had potential to cause me to sin and/or were blatantly contrary to God’s Word. I even discovered that I could worship to songs that were not necessarily “Christian” but which ushered me into God’s presence through their beauty and depth (two things that seem to be quickly disappearing from popular/mainstream Christian music). On this line of thought one may think of Beethoven and various symphonies as well as choirs today which are not necessarily Christian and yet many feel God in them.

When I play a C-chord on my guitar I do not wonder if that chord is a Christian or non-Christian chord; it simply is a chord which sounds beautiful. So it is with music in my opinion. If Christian music really is a legitimate entity then mustn’t we also create Christian clothes as well as develop Christian cars? Perhaps my hair gel should be made by a company which professes Christ; and I must find Christian electronic devices (laptops, headphones, phones).

Is the sky Christian? Or the earth and all of the astounding work the Creator has made? It is not Christian or unchristian but simply is something to be enjoyed and make us fall more in love with God. That, I wholeheartedly posit, is the point of music.